In late 2016, Zero Point Zero, the New York City-based production company responsible for Anthony Bourdain’s Parts Unknown, contacted me for tips on the best eats in Saigon. They were in the process of making a light-hearted food and travel show hosted by a well-known personality, and needed local “experts” in each city on their schedule.

“Imagine if Anthony Bourdain were terrified of everything,” was the researcher’s way of describing the show.

To cut a long story short, when they arrived for filming in February 2017, I somehow ended up in front of the camera alongside my friend and photographer Vinh Dao. I also spent time assisting the show’s producers while getting to know the host, Phil Rosenthal, creator of the award-winning sitcom Everybody Loves Raymond.

Somebody Feed Phil premiered on Netflix in January 2018.

Check me out in the Saigon episode of part one.

Sadly, the afternoon spent filming (and drinking) in District 3’s BiaCraft with all of Phil’s Saigon buddies was cut.

If you don’t have a Netflix subscription, get one, or just check out the trailer, you cheapskate…

And yes, Phil really is as friendly, enthusiastic, and animated off-screen. 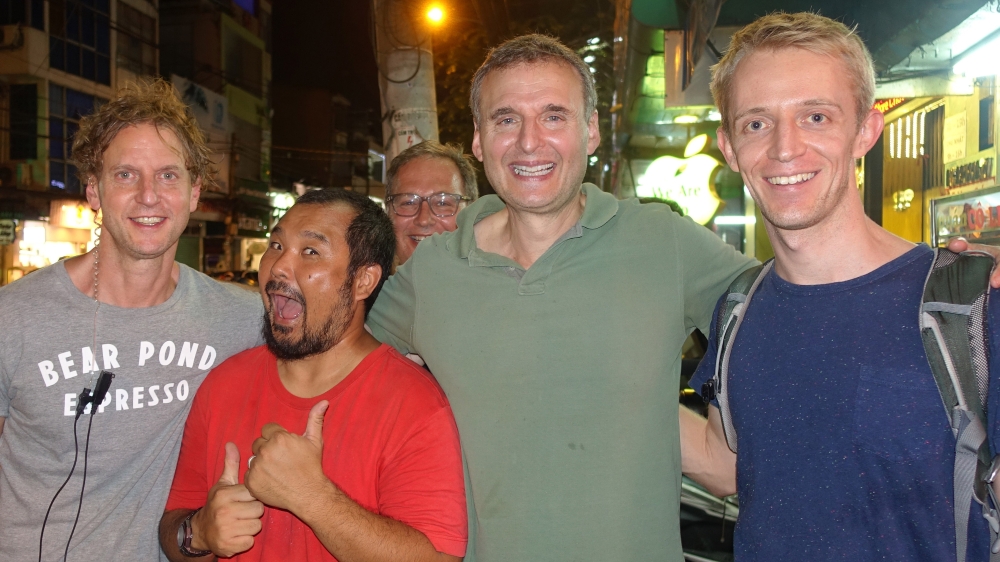 Many thanks to expensive cameras, clever editing, and several pre-shoot beers for making me look less nervous than I actually was.