Following the success of his 2014 book, Vietnam, Mosaic of Contrasts, renowned French photographer Réhahn is back with a sequel. Simon Stanley finds out about the man behind the lens. Photos provided by Réhahn.

What first brought you to Vietnam?
I had been sponsoring two little girls from Hoi An. I came in 2007 to meet them and I simply fell in love with them and their town. I visited them every year and we became a family. Four years ago I decided to settle down in Hoi An and build my house, where they now live too.

Your work has taken you all over the world. What has kept you here?
Hoi An is the perfect place for me and my family. There is an international school for my son and the tourism is great for my business. We have an incredible lifestyle too, with the beach, the wildlife, the international airport in Danang… The weather is also much better than my native Normandy.

The cover shot from the first book of an elderly, crinkled woman masking her beaming grin is now iconic. What was the idea behind the hidden smile?
The Vietnamese peoples’ joy for life always amazes me. I wanted to find a photo which represented that. Poor and old but still smiling. It’s not a cliché. 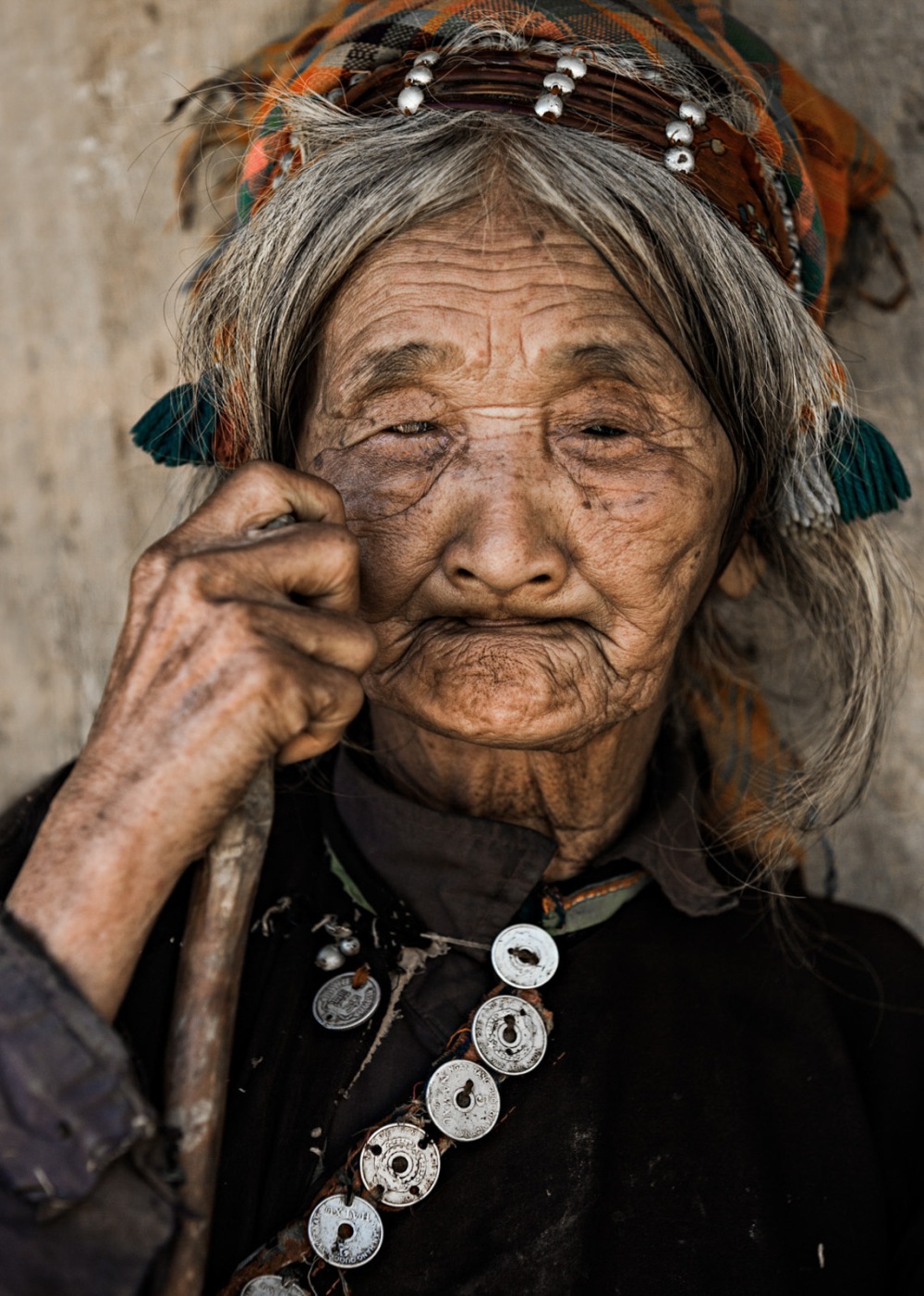 Tell me about the new book.
A single book is not enough to introduce the whole country and its incredible diversity of landscapes and people. I made the first book as a newcomer to Vietnam, as someone exploring only the most famous parts. For part two I went much deeper, to the very remote areas, meeting tiny ethnic groups like the Bo Y or Pu Peo, for example.

You must have some interesting stories to tell?
Yes, the most memorable moments have been on the treacherous roads to the remote villages in the northern highlands. Sometimes I just have to give up, like in Hoang Su Phi on my way to meet the Co Lao people. I was on the top of a mountain and had to turn the bike around on a one-metre-wide path on the edge of a cliff. It’s memorable now but at the time it wasn’t.

How would you describe your approach to photography?
For me, the model is more important than the photographer, so I spend a lot of time with my subjects, sometimes up to three hours. I always try to connect with the model first, to make him or her comfortable and to get a natural pose.  I can speak a little bit of Vietnamese and have learnt some good jokes, which always helps.

“Each human being is unique and has their own story. A good portrait can tell that story.”

What makes a good portrait?
Connecting with people is the key. The photo after the pose is the best one. I show them the first photo and they start to laugh. I like to be very close to the model and sit with them, share tea and learn about their life. Each human being is unique and has their own story. A good portrait can tell that story.

Do you worry that you might be exploiting your subjects’ financial or social situations in any way?
That’s one of the reasons why I don’t run workshops, and why I always travel alone. I try to reward my best models. I bought a new boat for the woman on the cover of the first book and a cow for the family of the girl with the blue eyes (another iconic shot). I have also given the book to many of them, and much more. The next step is to find a project to support the girl with the elephant – one of my most famous images. Of course, I can’t pay all the models but I think that I’m promoting the country in some way by documenting their culture. I believe in karma and think it’s necessary to share the benefits when I sell their photos.

In 2014 you were listed as one of the top 10 portrait photographers in the world by boredpanda.com, alongside the likes of Steve McCurry and Jimmy Nelson. How did that feel?
Of course, I felt honoured to be there with such great names. I made a lot of new contacts too and can say that it was a definite turning point in my career. It proved to me that I was on the right path.

What are you working on at the moment?
My biggest ongoing project is an international exhibition about the ethnic groups, featuring  costumes and photographs together. I want to show that Vietnam is more than just six cities to visit. I want to show a vanishing culture that you will probably not see in a few years.

The first event will be held in France at a festival this September. The exhibition will move to different countries in 2017 and 2018 and will be concluded with a book.

Vietnam, Mosaic of Contrasts Volume II is on sale now in Artbook stores across Vietnam, and at rehahnphotographer.com.